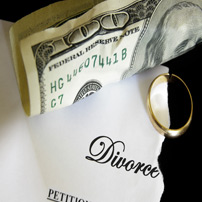 The new tax law introduces sweeping changes to the American tax code, including the way alimony payments are treated. For 75 years, the system enabled those paying alimony to deduct the payments from their taxable income. Beginning in 2019, that will no longer be the case.

At present, the alimony deduction saves both spouses money. The higher-earning spouse paying alimony can deduct the entire amount paid that year on his or her taxes. The lower-earning spouse receiving alimony pays taxes on the amount received, but at the lower tax rate. Divorce lawyers agree that this arrangement helps settle divorce cases and also makes it more affordable for couples ending a marriage to live separately.

For anyone getting divorced after December 31, 2018, the arrangement of alimony taxation will be reversed. Spouses paying alimony will not be able to deduct the amount on their taxes and receiving spouses will not pay taxes on alimony. As they rewrote the tax code, members of congress said that the new system is more fair to married couples. The House Ways and Means Committee referred to the current system as a “divorce subsidy,” and argued that spousal support should be treated like child support, which is not deductible for the payer. According to the committee, under the current alimony system, divorced individuals can do better on their taxes than married couples. But many divorce experts worry that the new system will mean less spousal support when the paying spouse has to both pay taxes and make alimony payments.

Opposition to the Changes

Groups opposed to the new tax law include the American Academy of Matrimonial Lawyers and the National Organization for Women. When the deduction disappears, many family lawyers anticipate high-earning spouses will pay less to their exes, perhaps as much as 10 to 15 percent less than what they would receive before the new law takes effect. According to the Census Bureau, 98 percent of the roughly 243,000 people collecting alimony payments are women, so they are the group who will be most affected by the changes.

Many divorce experts also anticipate that the new law will make it more difficult to settle the terms of a divorce, drawing out the process and making it more expensive. Lower-income families will be particularly affected because without the deduction, there will be less cash at hand each month for necessities like transportation and food.

Changing the tax laws for alimony will have an effect on other aspects of family law and divorce. Calculating child support payments will be more difficult as well as division of assets. States that have laws that include alimony guidelines may need to rewrite them. And prenuptial agreements that cover alimony have until now assumed the tax deduction. Anyone with such a prenup may want to consult an experienced divorce lawyer about updating their agreement.

If you have questions about how the new tax laws will affect your alimony payments, consult with an experienced West Chester divorce lawyer at Eckell, Sparks, Levy, Auerbach, Monte, Sloane, Matthews & Auslander, P.C. about your situation. Our dedicated and knowledgeable attorneys can help you whatever your family legal needs may be. Call 610-565-3701 today or contact us online to schedule a free consultation. From our offices in West Chester and Media, we serve clients across Chester County, Delaware County, and Montgomery County including those in the communities of Collegeville, Phoenixville, Upper Darby, and Lansdale, Pennsylvania.